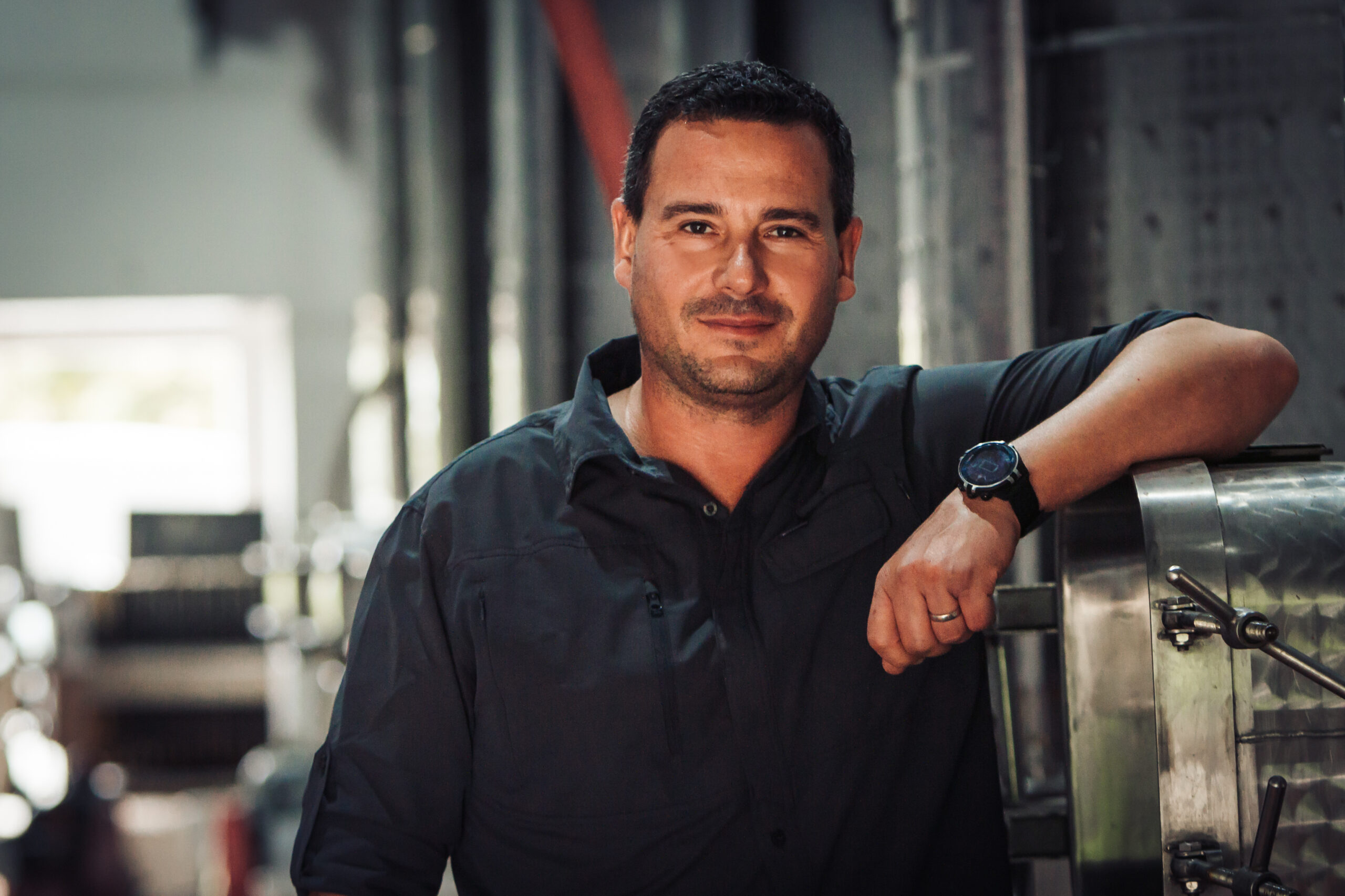 With a long and challenging 2022 harvest season now complete, Rietvallei Wine Estate’s winemaker-owner Kobus Burger is upbeat about the quality and character potential of what he’s working with in the cellar.

In line with wine grape producer organisation Vinpro’s statement at the end of March that, pass the halfway mark, a smaller overall South African crop than last year, but with exceptional wines, was being expected – Rietvallei’s wine portfolio of 24 products shows good promise for excellent wines. The Estate comprises 95 hectares of vineyard in production, spread over six white and nine red cultivars.

Said Kobus, “Our harvest is definitely smaller this year, most noticeable on cultivars like Sauvignon Blanc, Chenin Blanc, Cabernet Franc and Cinsaut.

“Our Sauvignon Blanc harvesting started as early as the 22nd of January and we finished with the last reds, which was our Cab Sauvignon, right before Easter weekend. So, it’s a very long vintage. Although it‘s been a very challenging year, the quality of the white wines that are already fermented dry, is looking very promising.

“We do indeed expect exceptional quality Sauvignon Blanc, Chardonnay and Chenin Blanc, and some of the reds which are still fermenting, the Cabernet Franc, Cabernet Sauvignon and Shiraz are showing fine potential.

“Definitely a challenging year. A cool December and early January, followed by the extreme heat waves, have had a big impact. Quite a lot of sunburn, natural acidity dropped, which meant pH’s went up. All making it more challenging in the cellar this year. Despite all this, the quality of the wines so far is exceptional.”

Rietvallei is looking forward to continue its remarkable run of competition successes in recent years – thanks to this year’s smaller but characterful and concentrated grape yield, especially of the Sauvignon Blanc and Chenin Blanc. These two cultivars – in the form of the  Estéanna Sauvignon Blanc 2020 and Chenin Blanc 2020 –  among other achievements, were last year named as the national winners in the Novare SA Terroir Wine Awards and contributed to the Estate being named here as SA Terroir Top Estate and Top Producer.

WhatsApp Chat is free, download and try it now here!